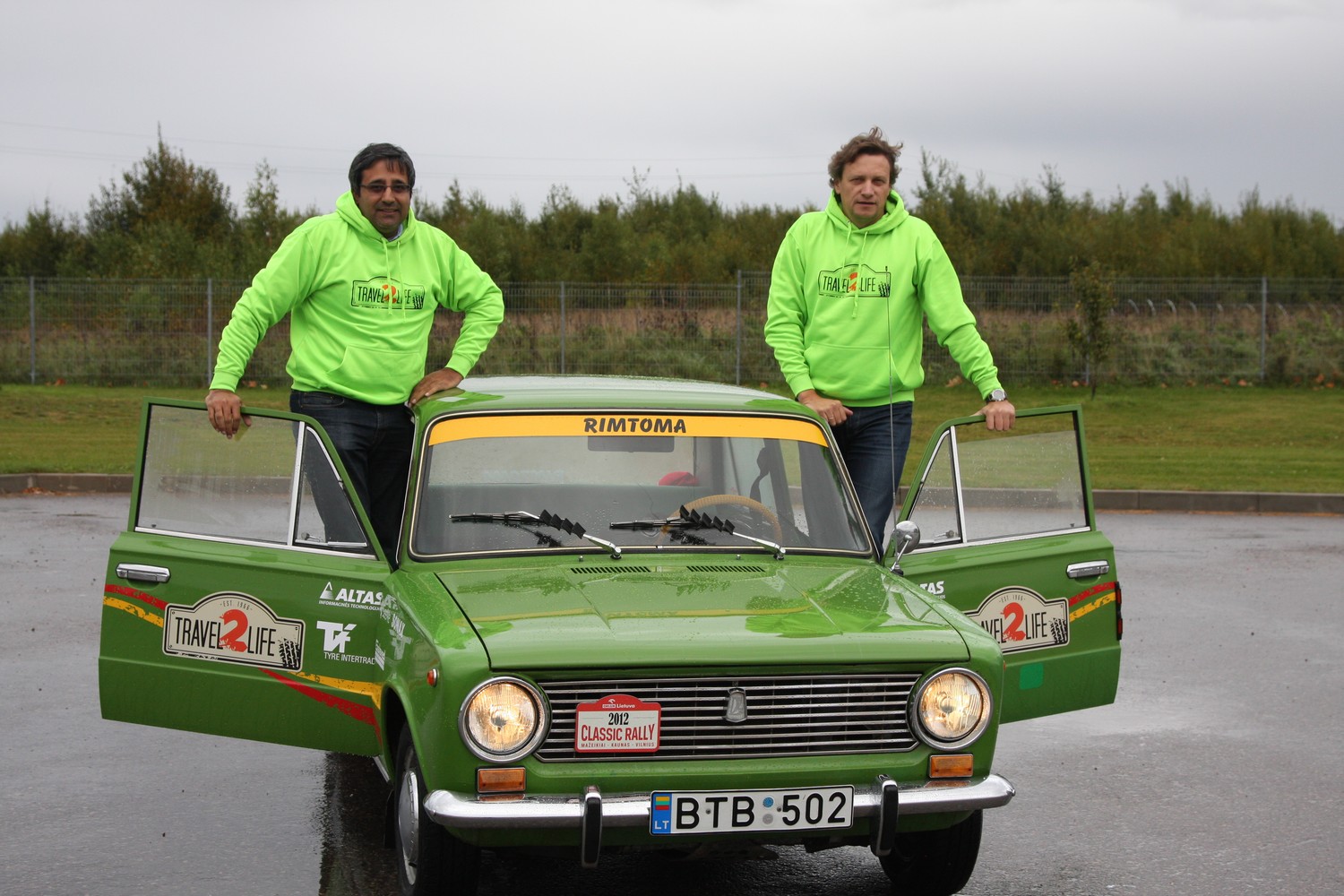 Vitoldas Milius: what about a gift from Georgia?

Yet another unusual travel by the renowned traveller and journalist Vitoldas Milius: having started in Vilnius on January 1, 2012, and accompanied by a representative of the faraway India, he is expecting to cover about 4000 km to Tbilisi, the capital of Georgia, in a first generation Zhiguli. 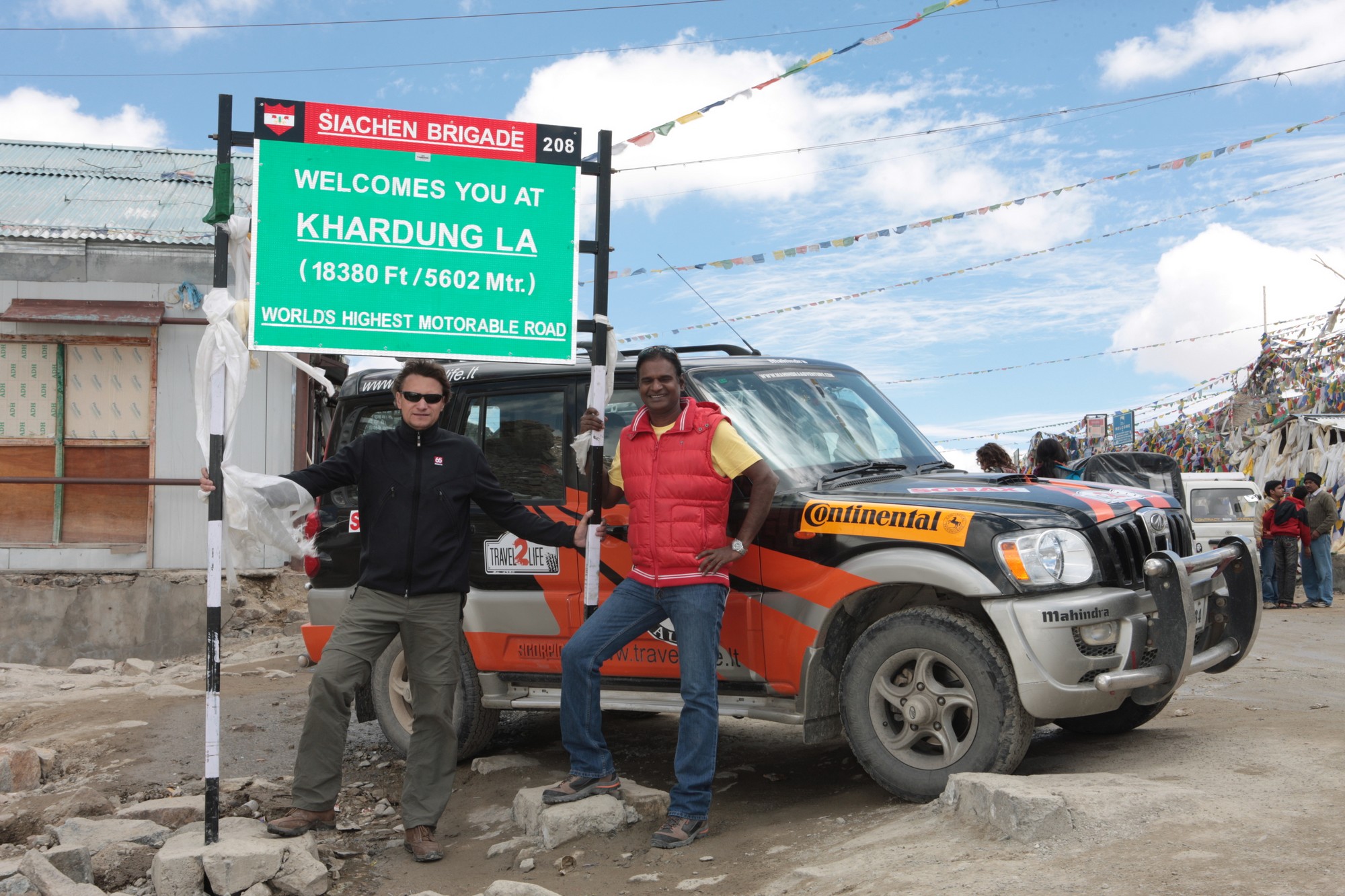 Vitoldas Milius, whose biography is coloured by numerous record-beating and rather extreme journeys, this time chose a route quite unexpected. Driving a Mahindra Scorpio, he reached the Himalayan Khardung La passage, one of the highest peaks in the world, reachable by car, which rises 5 602 m above the sea level. 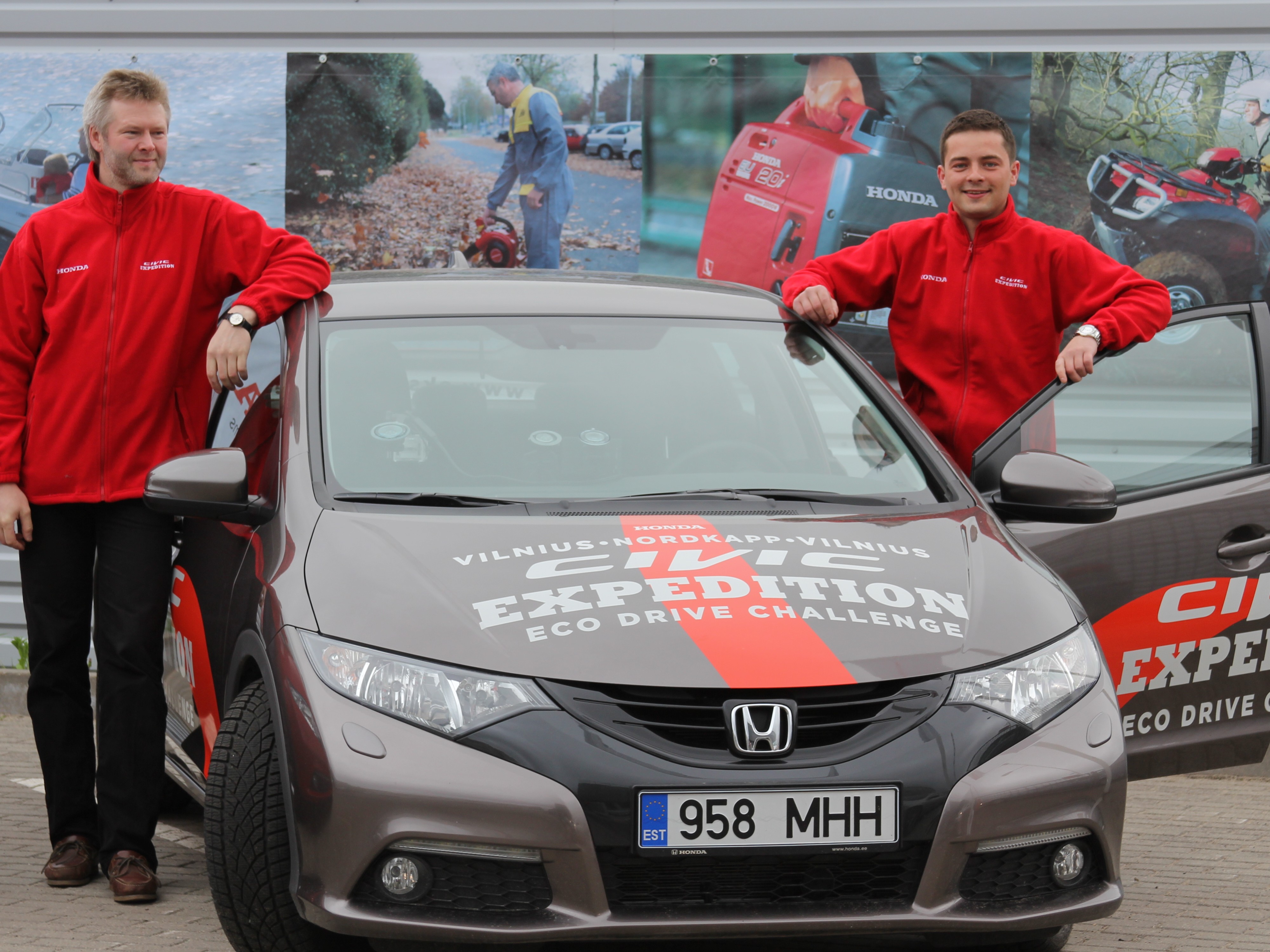 In the evening of 13 May, the members of the HONDA CIVIC expedition Eco Drive Challenge 2012, having covered approximately 4 500 km, finished in Vilnius, at Nippon Auto, HONDA showroom, right where they started their trip last Monday. The winners of the expedition, Andrius Kriščiūnas and Rytis Markevičius, who romantically named their crew “Žoliapjovės ilgesys” (Lawntrimmer Longing), could hardly believe their result: the average fuel consumption of this trip was only 4.37 l/100 km. 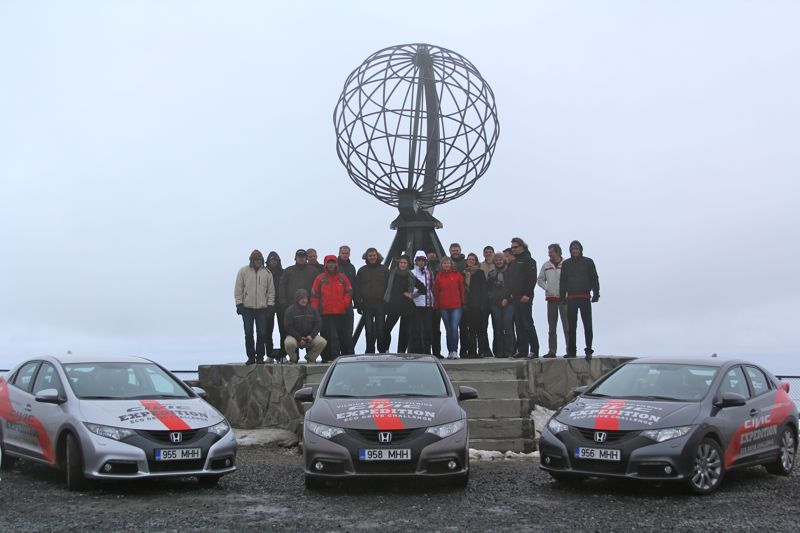 On Monday, 7 May, seven Honda Civiс 1.8 Elegance AT cars, going on the route Vilnius – Nordkapp – Vilnius, reached the northernmost European spot, Nordkapp settlement in Norway. Obviously, Lithuanian ambitions of proving they can surpass Estonians and Latvians in economy driving are well-grounded: after three days of the trip, the average fuel consumption of all crews beat the best result of our neighbours: 4.73 l/100 km. But the greatest intrigue of who’s actually winning the expedition, only develops. 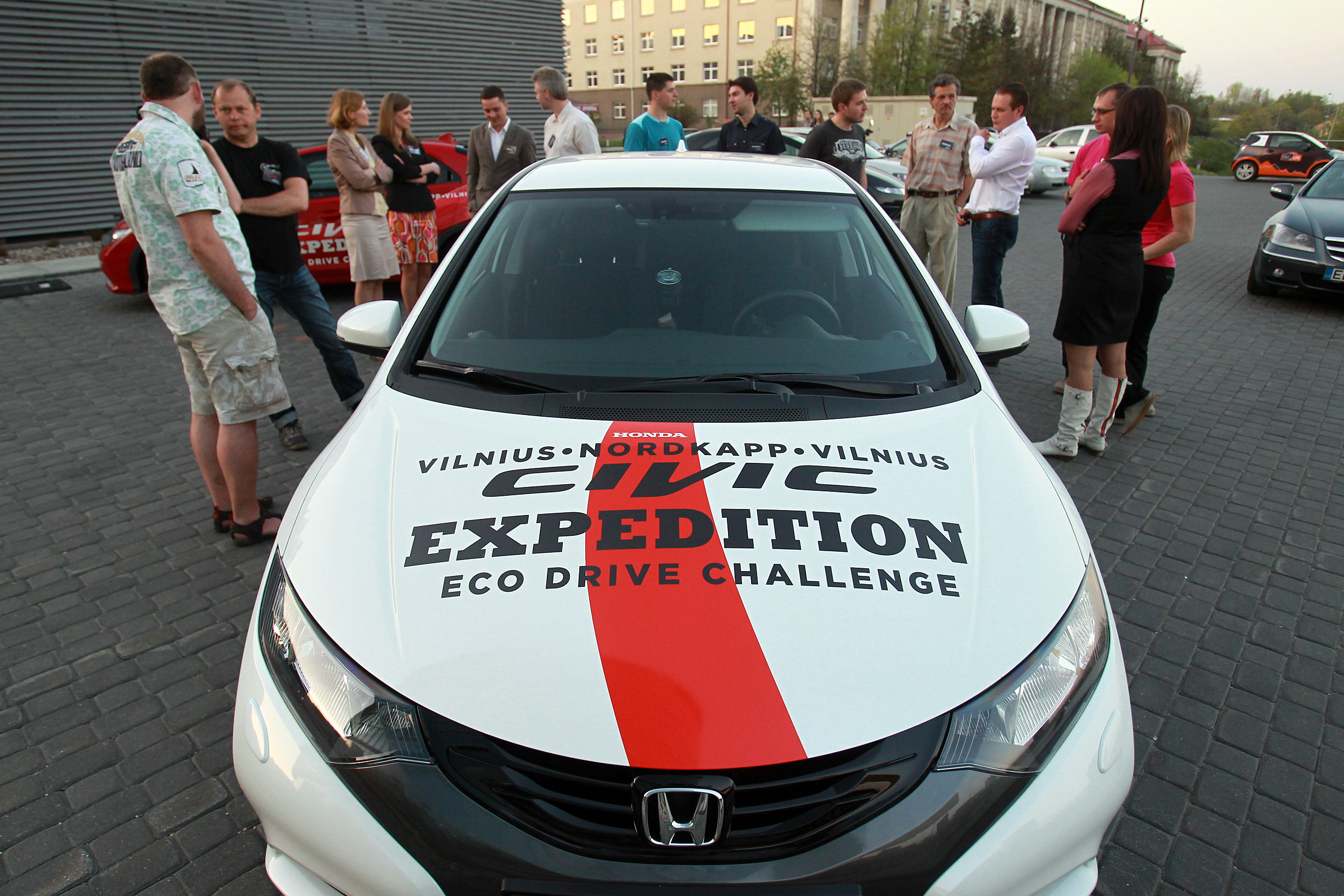 On 7 May, Monday, seven identical petrol Honda Civiс 1.8 Elegance AT started the route Vilnius – Nordkapp – Vilnius. 10 men and 4 women, randomly paired up, are driving on a week-long trip; so far, all of them are determined to win the title of the most economic crew of the expedition. Will they succeed in challenging Latvians and Estonians, who’ve just been on the expedition to Nordkapp from the capitals of their countries, driving the same cars? 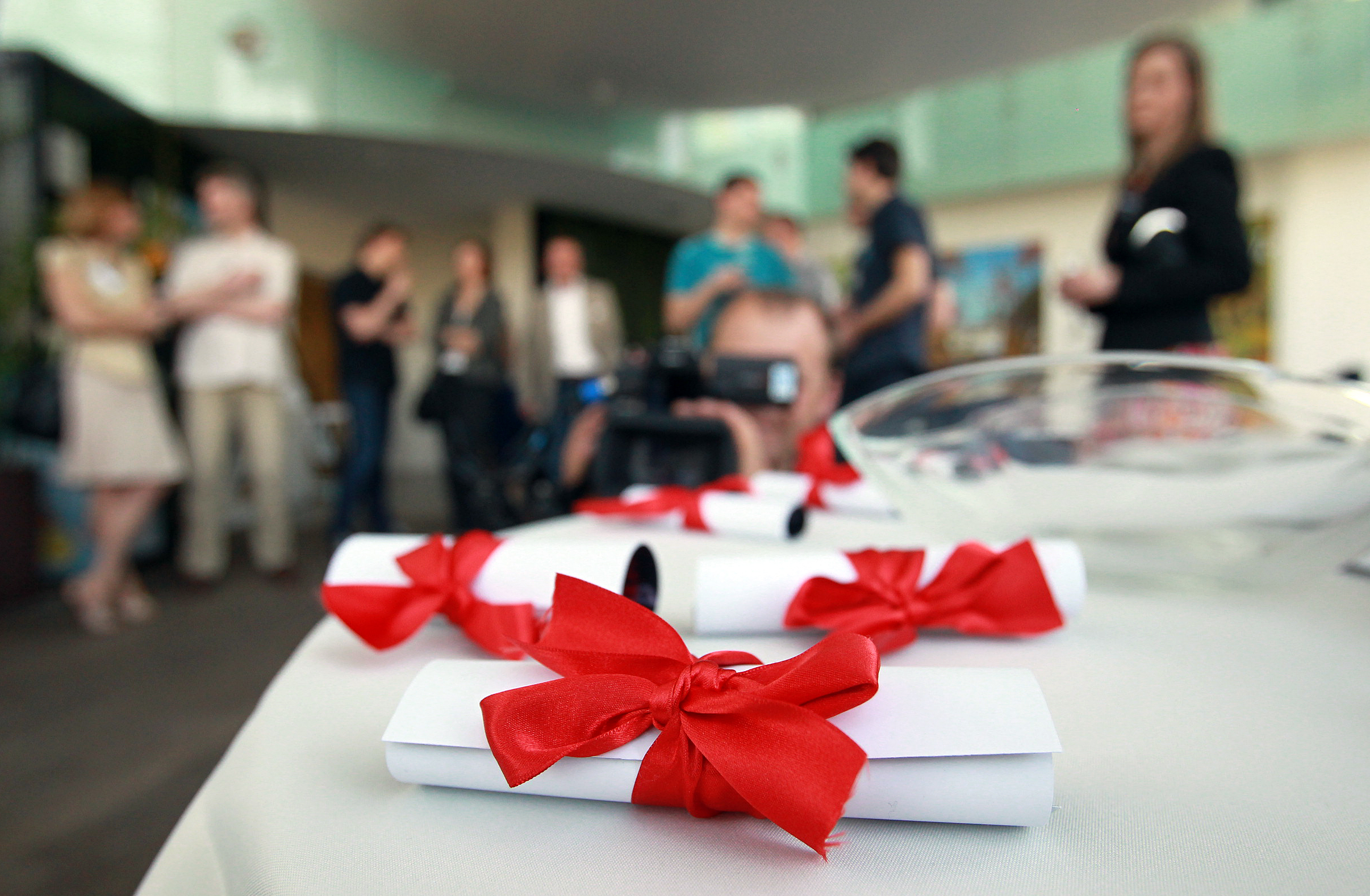 After a very spirited competition between more than 1 500 candidates, on the last day of April this year, 14 best were finally sure one of the most impressive adventures of life was there for them: they were selected members of HONDA CIVIC Expedition Eco Drive Challenge 2012. 10 men and 4 women are going on a special ecotrip by 7 same Honda Civic cars with 1.8 l capacity petrol engine and automatic transmission. 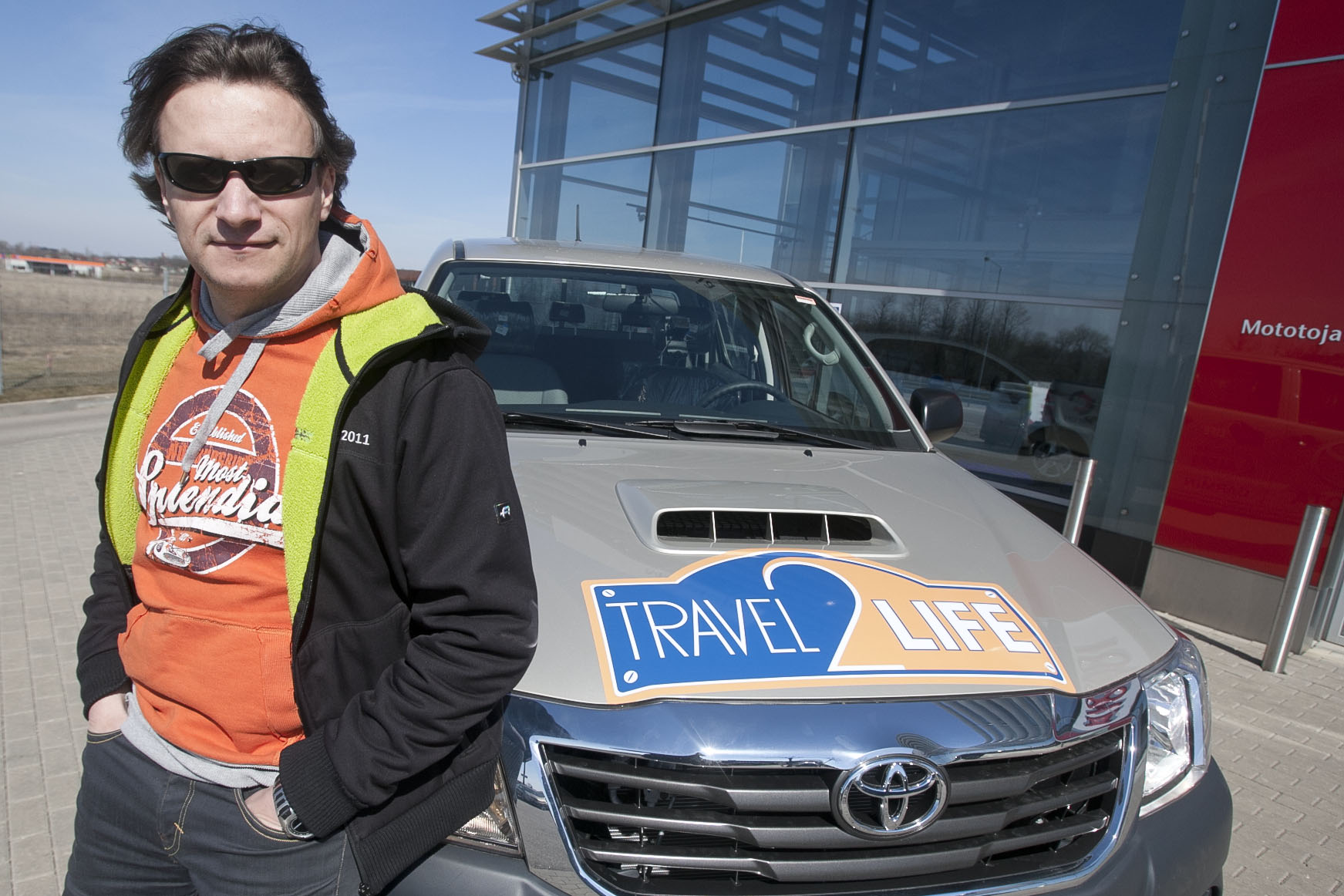 Looking for Roads to Vorkuta

Every April, it’s become quite usual not only for the fans of automotive sports and marathon trips to expect surprises from the famous car expert and sportsman, Vitoldas Milius. 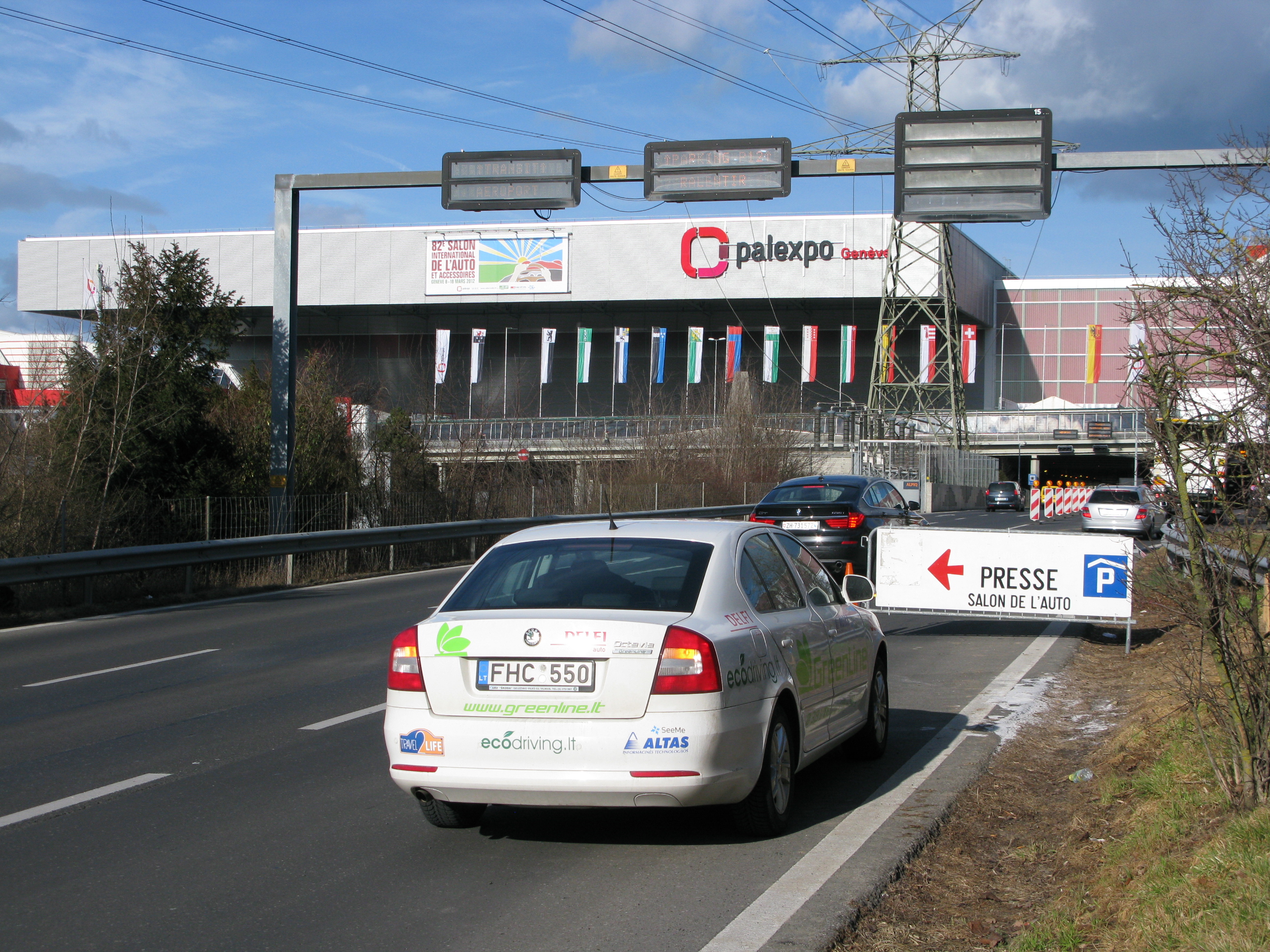 Crossing Half of Europe with Just € 100 Fuel Budget?

The crew of the members of the Lithuanian Autoclub of Journalists, Vitoldas Milius and Linas Barščevičius, covered 2 181 km from Vilnius to Geneva by a 1.6 l Skoda Octavia diesel from the Greenline series and used as little as 76.09 l of fuel. Average fuel consumption was 3.48 l/100 km. 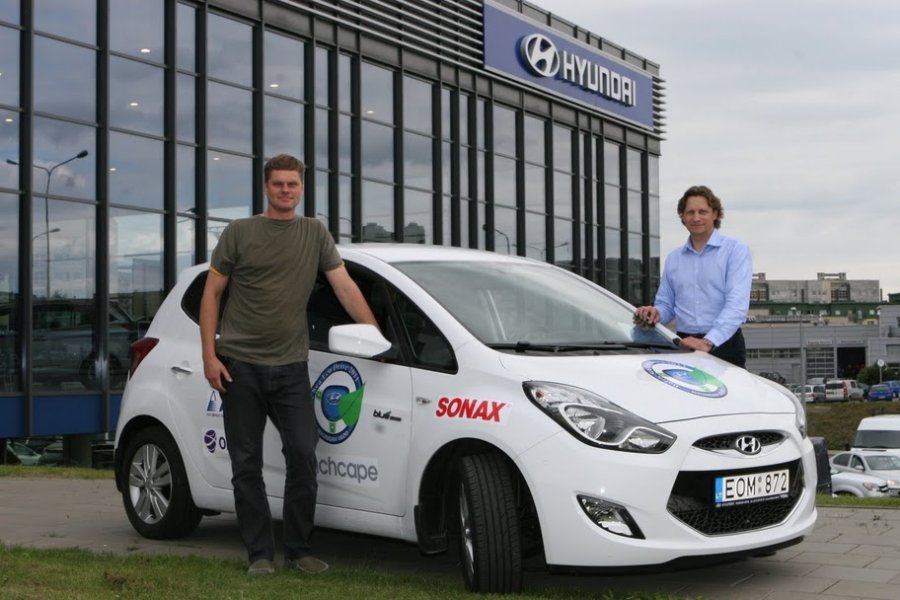 Ecotrip around the Baltic Sea: Challenge Overcome in 67 Hours!

67 hours 21 minute. This is how much time it took travellers Vitoldas Milius and Audrius Sutkus to drive around the Baltic Sea. On the early morning of Wednesday, 6 July, the experienced drivers left Vilnius and got back to the Lithuanian capital on Saturday after midnight. They drove a Hyundai ix20 in turns and covered a 5 109 km distance non-stop.